It was simply unacceptable for Anne to ramble around in her husband’s girlfriend’s trunk any longer, we decided. It had taken almost six years to get her remains, and we didn’t want Anne to linger in indignity for another second. So we met the girlfriend one Saturday afternoon to collect the urn and ashes from her Chevy Malibu. After repeatedly calling and texting to track her down, our persistence led us to the dry cleaners next to the gas station across from the Church’s Chicken, where she was running errands wearing a pair of bad ass boots that might very well have come from Anne’s closet.

Anne’s ashes were housed in a profane, curvy, red and black urn that her husband had chosen over the classy jade one she would’ve wanted. The first thing her daughter said after getting it all in the car was, “Ma, you need a new outfit girl.”

Anne passed away in 2010 on Christmas Eve after a night of dancing, entertaining, and laughing with friends at the bar she co-owned with her husband, Ronnie. She was an enigmatic woman with a skillfully crafted public persona: among the community she was highly regarded, well-liked, a straight shooter. Her personal following loved her for the very same reasons. Simply put, people liked her and respected her, both up close and from afar. She had humor, class, and balls. No one fucked with her. Cultivating this reputation in a business that catered to hustlers and drunks was no small feat.

Then there was her husband.

Ronnie was almost universally held in low regard and was well known as an asshole. Even those who followed him did so with a ready excuse and line of reasoning that went something like, “I know he ain’t shit but he my nigga.” What he had going for him was a calling for hospitality and a hunger for the spotlight. But he was mean and small, and over time the spotlight shone brighter and brighter on his flaws.

These flaws were overlooked and even forgiven when Anne was alive. She was his credibility. He would come in the bar running his mouth, haranguing the customers and being the big man in charge. Meanwhile she would come in and manage the shift change, pay the bartender, meet with the gambling machine guy, check the inventory, and leave everyone smiling because she’d bought a round of drinks.

Although the rooms were named for their color, they hadn’t been painted for nearly 30 years. Anne and her husband’s bar was orange. Not cayenne, brick, cinnamon, or some fancy color you’d find today, but the 1970s version of the color when orange was simply orange.

Walking into the place was like walking into a throwback jersey. The stone appliqué walls and smoky, colored mirrors were plastered with professionally made signs alerting customers to upcoming events and arbitrary rules. The bartender worked in the middle of this setup and used the mirrors to see who was coming and going and what they were saying or thinking. Added to this mix was a table set up with complimentary food – real meals that included greens, spaghetti, fish, and on special occasions barbecued pig feet.

The place formed a community out of diverse groups of people who might not have associated with each other outside of those walls. The crowd included accountants, drug dealers, schoolteachers, hustlers, professors, doctors, lesbians, retirees, police officers, construction workers, mechanics, lawyers, nurses, insurance men, and thieves. All were welcome and all had a good time.

Once Anne was gone, however, her husband’s ability to run anything dissipated. Once she was gone, even the bar gave up. Her repast was its last big party. It was shut down for a violation of some sort the very next day. It reopened fleetingly – for a short span of hours a few times a week, under new management – but violence ensued, and it was closed down quickly.

Following Anne’s death, her husband unleashed a barrage of hurt that began with the memorial service held in her honor. It was a narcissistic display that focused only on his loss and not the celebration of a highly cherished woman. He omitted photos of her twin grandchildren in the memorial service program, then literally plucked that program out of their hands to give it to a bar patron.

Finally, he showed up at the memorial service with the girlfriend, saying she was his stepdaughter. But everyone knew better. He had begun his affair with her when she was a teenager and he was a grown man, and continued it off and on throughout his marriage. Although she had a man, she eventually became the caretaker and hence the holder of Anne’s remains.

Anne’s husband died about six years later. The girlfriend organized a memorial service that not only acknowledged, but actually paid homage to Anne. It was a proper good-bye to them both; Anne still reigned supreme.

Everyone knew that even if her husband was headed to hell, he had a date with Anne first, and the devil would simply have to wait.

It turned out that his wishes were to have his and Anne’s ashes spread out on Lake Michigan together. His girlfriend took just enough of Anne’s ashes as was necessary to fulfill those wishes, but gave the rest to her daughter and family. Anne was finally at home.

Throughout this period, Anne would visit my dreams and my sensibilities often. I was pleasantly surprised. We’d struck up a friendship over the years characterized by sporadic yet intense conversations about the deep and the mundane. We didn’t speak all the time, but when we did, we settled in and covered much ground. We’d discuss the ins and outs of my attempts to become a mother as fervently and thoroughly as we discussed the best place to buy bras. Both conversations would bring a smile to my face because she would listen intently, say something irreverent that would make me laugh then (or later), and I’d emerge feeling like it all might be okay.

She was surely with me during the funeral service for my significant other, who I learned was a liar over the course of our long-term relationship. Anne’s daughter had given me one of her mother’s fabulous purses for the out of town service. As a bride carries something borrowed along with something old, something new and something blue, I carried the black purse as my talisman to get me through the service with a sense of dignity and style. Even as my good friend literally propped me up throughout the wretched event, she paused to say, “Girl that is a bad pocketbook. Just the right amount of class and sass.”

In my mind’s eye, I could see Anne lean back with a hearty chuckle, raise a shot of fine tequila, and tell me to laugh at the fact that they buried the man in an orange suit he wouldn’t have wanted to be caught dead in.

It is difficult to sum up the totality of someone’s life and their influence on you. On some levels, her life is a lesson to me about how the best of us can be got by loving the wrong man or making do with something less than what we deserve. But she is also a lesson in how to carry oneself as a lady, and take care of ourselves no matter what. And she is a lesson in the deep and abiding love that mothers have for their children, and the desire that they go as far as they can.

Ultimately, she is my role model for what it means to be a grown-assed woman: to love hard, work hard, pray hard, raise your children, live your life, know your worth, make tough choices, rebound from mistakes, provide, grind, enjoy, luxuriate, be magnificent, and most of all, laugh. 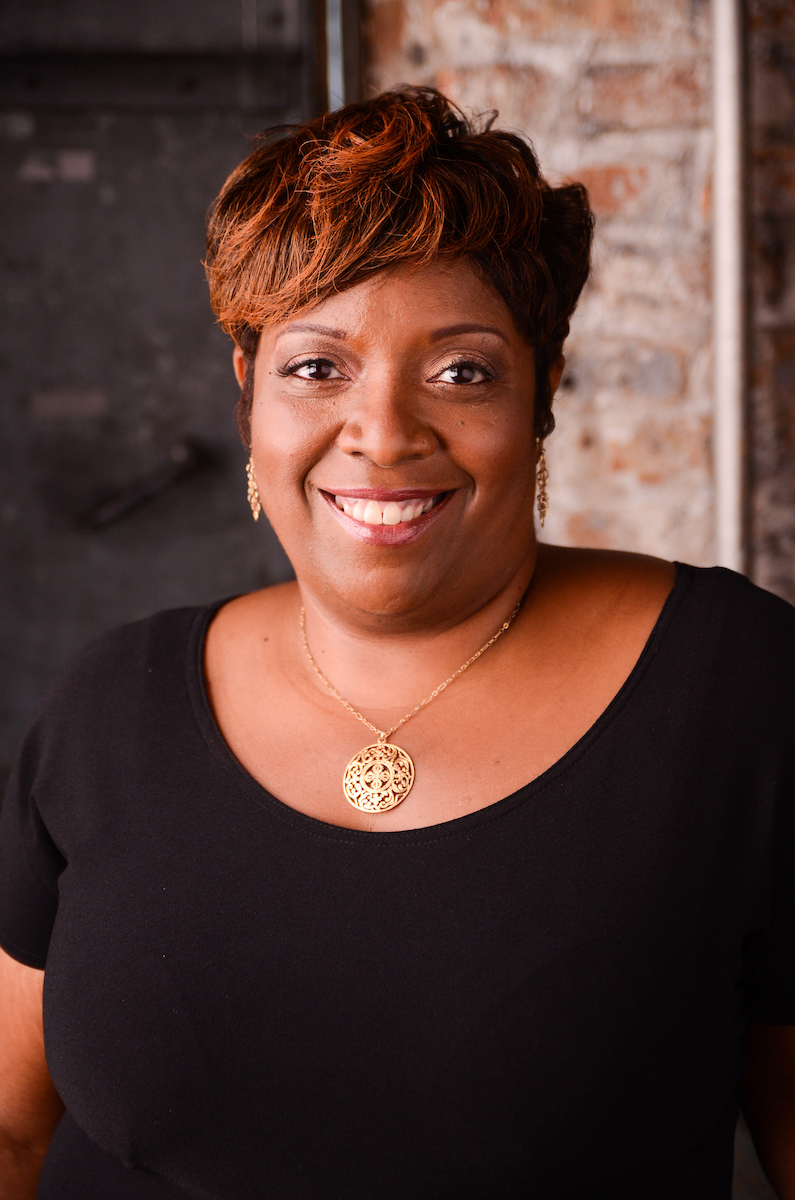 Karen Clanton is an attorney whose law degree did not kill the English major lurking within. She has forged a career as a writer in the legal profession where she develops internal communications strategy for a major law firm. Karen served as the Reporter for an American Bar Association Commission examining diversity in the profession and has led other editorial projects for both the ABA and the Chicago Bar Association. She is a single mom living on the South Side of Chicago chronicling her adventures through stories that can be heard at open mics on the city’s live lit scene.

If you liked this story, help support Story Club Magazine with a donation. Just $10 helps to support our contributors.